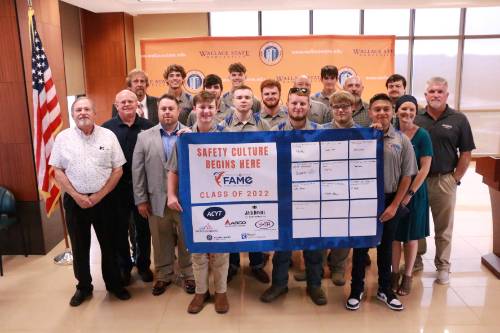 View the livestream from the event | https://www.youtube.com/watch?v=aamr1qLHrf8

Seven AMT’s were inducted and three others were introduced as FAME participants seeking sponsorships.

The new class is the fourth FAME cohort to be recognized at Wallace State.

Each AMT in attendance announced their safety pledge after being introduced. Safety is a key component in the AME classroom curriculum and a strict focus for Wallace State’s cohorts.

The safety pledges from the cohort included:

The FAME program is a five-semester program, allowing students the opportunity to earn wages while completing an associate’s degree in Industrial Maintenance. Over a two-year span, students can earn as much as $33,500, spending two days per week in the classroom and three days per week in the industry.

“It’s always uplifting to feel the excitement from a new cohort. There’s a lot of talent in this room,” said Bethany Campbell, Wallace State’s FAME Coordinator/Success Coach. “In my role, I get to see them from the beginning as they’re interviewing and trying to earn a sponsorship. The end goal is to cheer them on loudly at graduation.”

Added Wallace State’s Wes Rakestraw, Dean of Applied Technologies: “This is a phenomenal opportunity. You get a chance to earn wages, learn more about your craft and develop strong mentorships throughout. We appreciate you believing in Wallace State, and we look forward to the things you’re about to accomplish.” 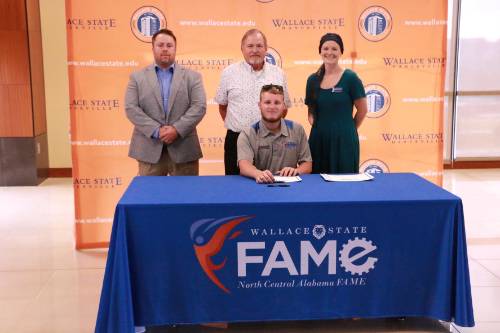 Ty Duke is the new AMT for AGCO. 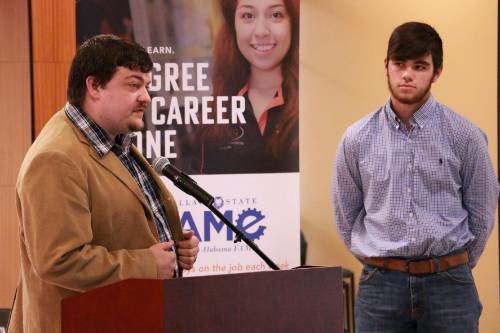 Brody Dollar has earned an opportunity to work for Cardington Yutaka Technology. 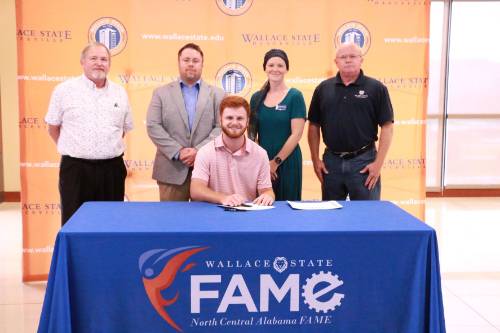 David Tidwell is the new AMT for GE Appliances 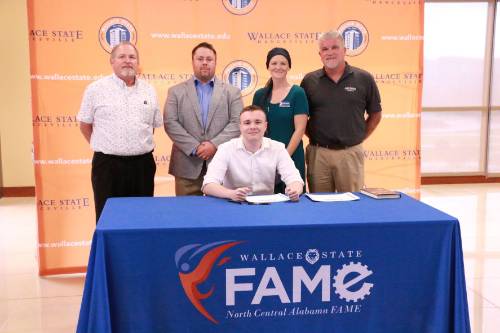 Dalton Nabors has earned an opportunity to work for Jack Daniel Cooperage. 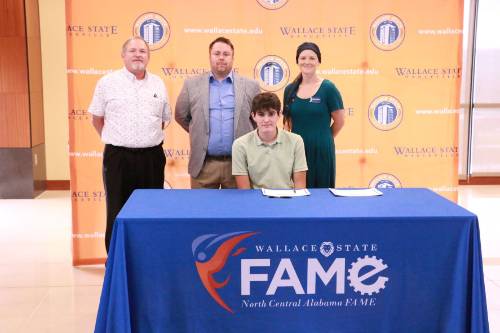 Joseph Harris is the new AMT for Royal Technologies. 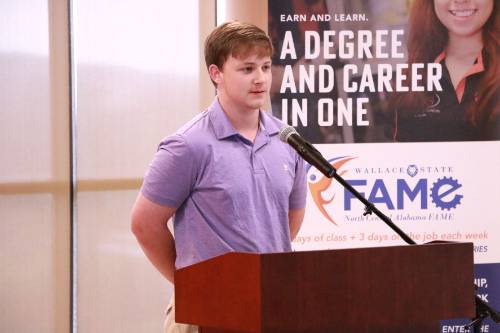 Alex Wilson has earned an opportunity to work for Saint-Gobain. 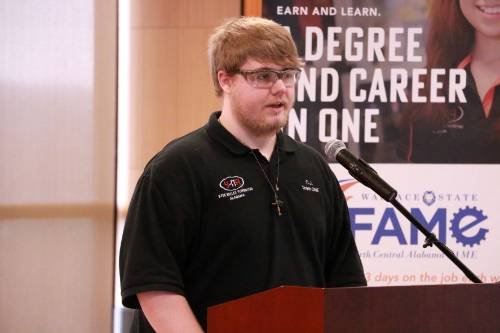 Christopher Hosey, Jr. is the new FAME AMT for YKTA. 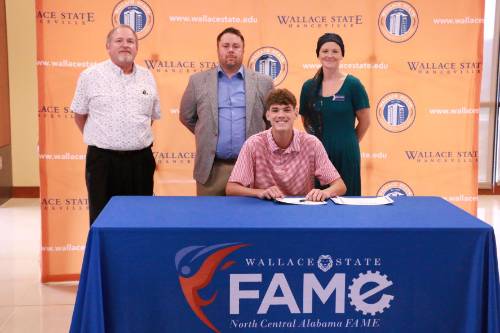