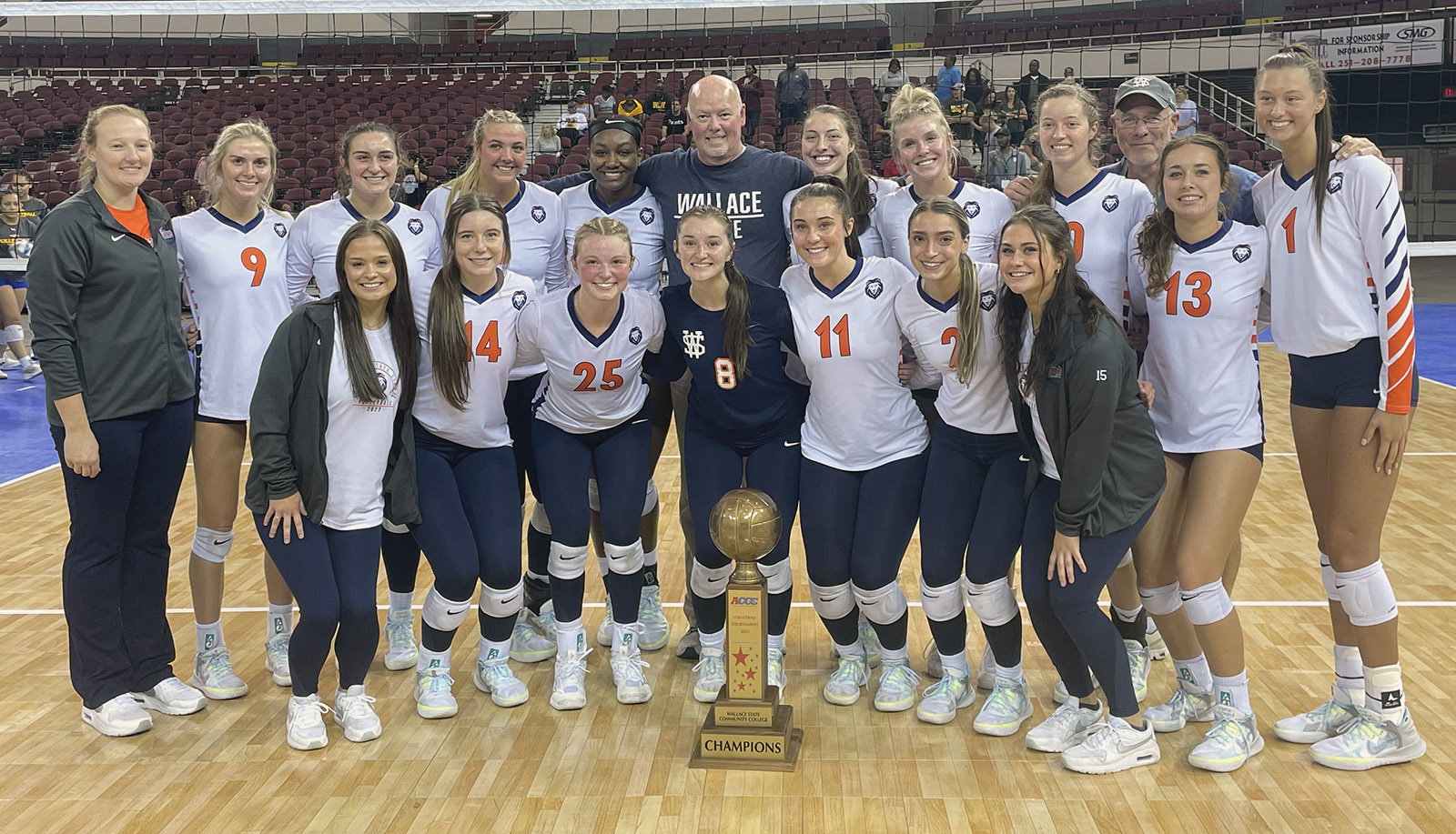 Hanceville, AL — The Wallace State Community College volleyball team earned its 13th conference tournament title in 14 seasons and their 23rd overall during this weekend’s ACCC/NJCAA Gulf Atlantic District Volleyball Tournament held at the Mobile Civic Center. They also finished as runner-up for the district title, punching their ticket to the National Junior College Athletic Association (NJCAA) Division I National Tournament in Nov. 17-19 in West Plains, Mo. This will mark the 21st time they advanced to the national tournament.

“I am very proud of the team for playing well during the tournament,” said coach Randy Daniel. “We have improved a lot this season and have worked very hard to add another championship to our legacy. I’m extremely happy with the leadership displayed by all our sophomores; each of them played well. Our freshmen did a great job this weekend as well. This team has amazing chemistry and support for each other. I’m glad I have another opportunity to coach this team. They are a very special group of young women.” 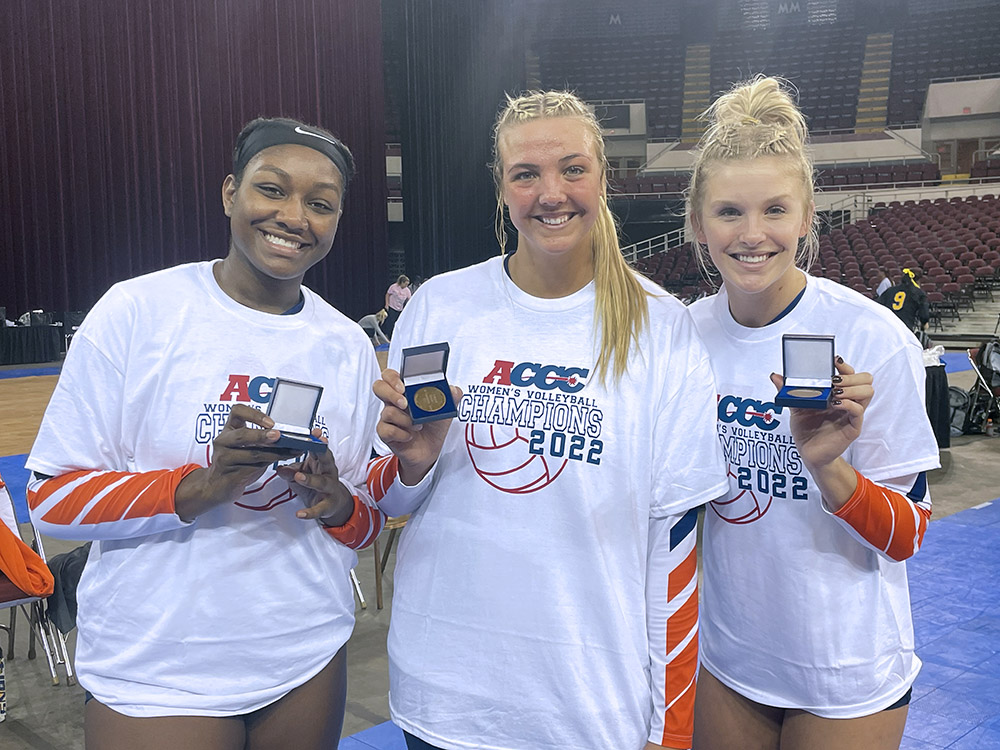 Barksdale, a freshman from Cullman, led the team with 42 kills during the tournament, 14 in the ACCC Championship game against Bishop State Community College. She also contributed 12 digs and six blocks.

Allen, a sophomore from Smiths Station, recorded 29 kills during the tournament, six digs and 14 blocks. 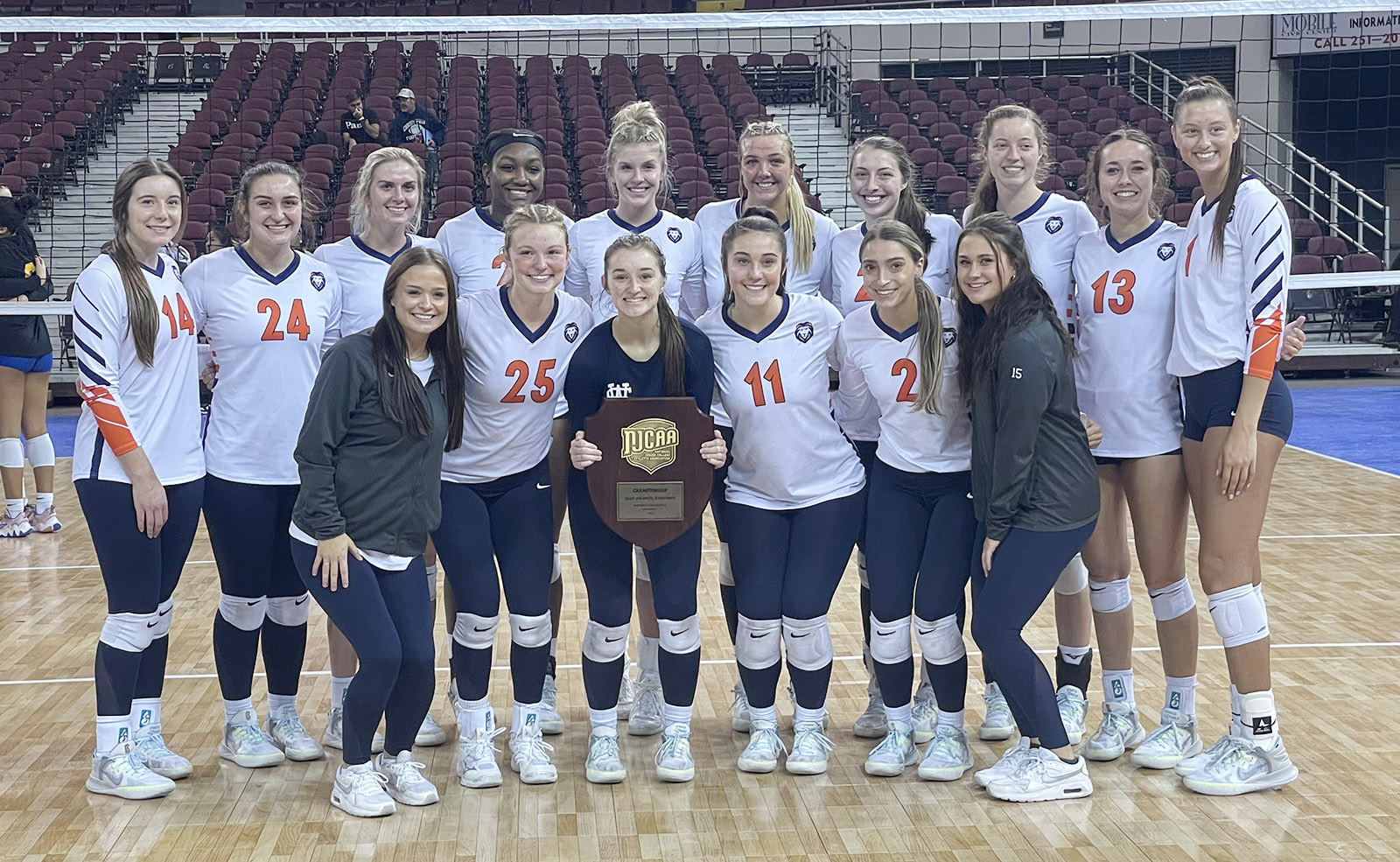