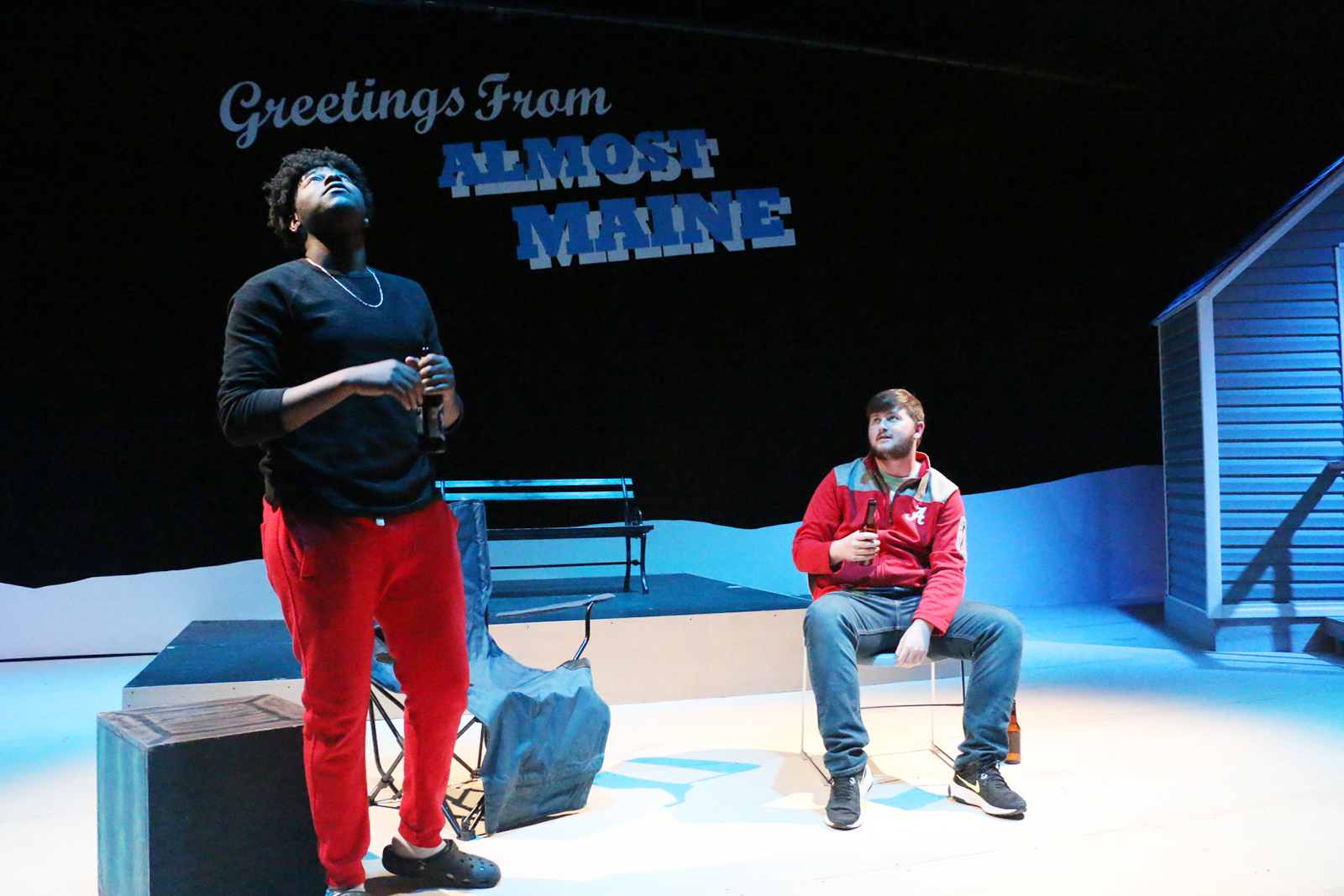 Hanceville, AL — Wallace State Community College’s Theatre program is gearing up for its production of “Almost, Maine!” The play by John Cariani, is a comedy/romance comprised of nine short plays that explore love and loss in a remote, mythical almost-town called Almost, Maine.

The play will be presented on Friday and Saturday, Nov. 4 and 5 at 7 p.m., and on Sunday, Nov. 6 at 2 p.m. in the Betty Leeth Haynes Theatre inside the Garlan Gudger Student Center. Admission is a $10 donation for adults and $5 for students and children under 12.

Staging for the play is arranged as a “black box experience,” said Angela Green, director of the WSCC Theatre program.

“The audience is sitting on stage, up close to the action, so it’s an intimate experience,” Green said.

“It will be a different experience for a lot of the audience members and the actors,” she added. 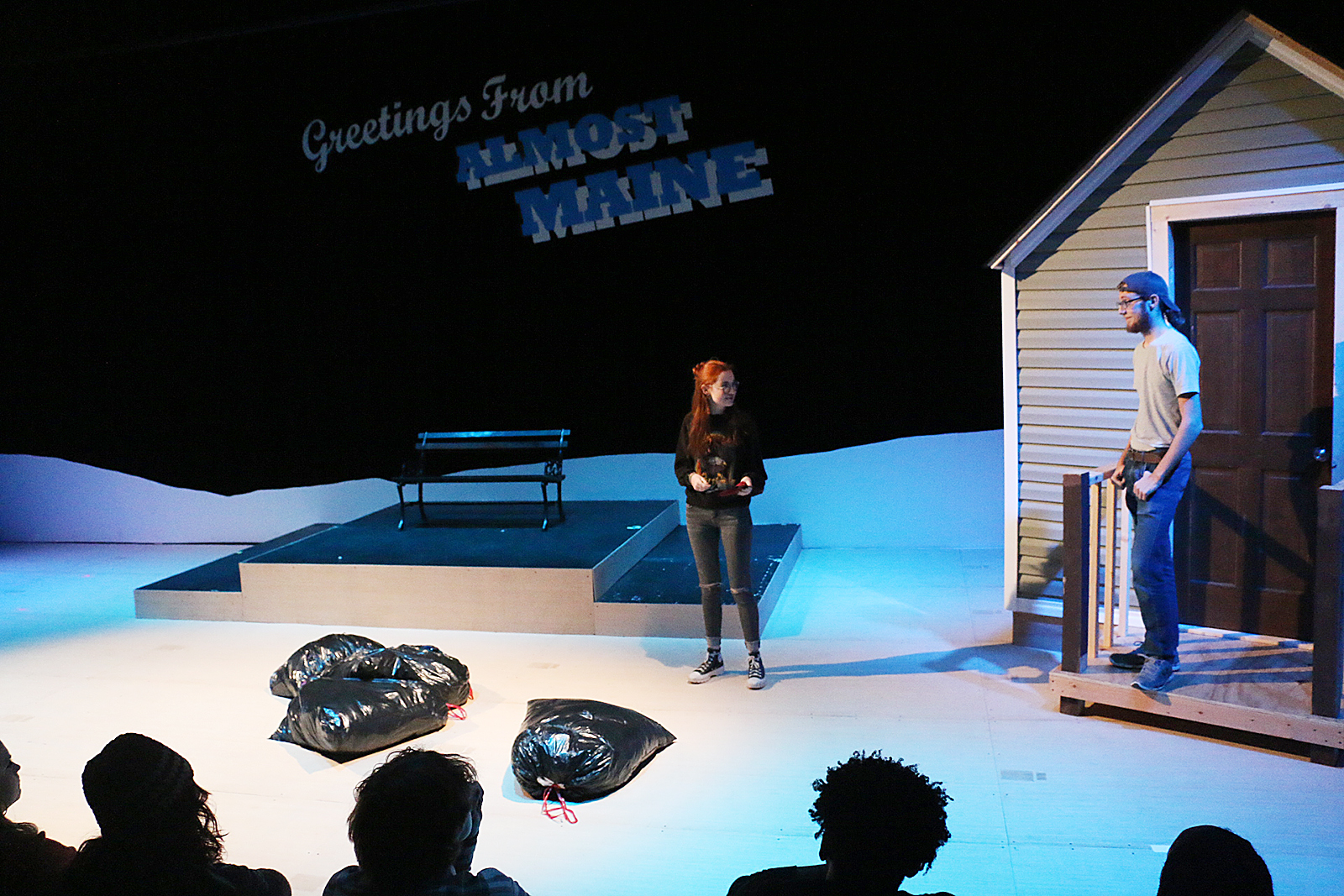 Green said the students are looking forward to the experience

“We’ve been practicing on the stage and we’re sitting in that audience so they’re getting used to have having an audience that close up,” she said.

Other crew members include Kenzie Johnson, and Amanda (Axel) McClendon and Claude Thomas of Cullman, Bethany Sartain of Warrior and Zach Holmes of Hanceville.

For more information about or to reserve a seat for “Almost, Maine!” contact Melissa Lawler at 256.352.8277 or melissa.lawler@wallacestate.edu.

Priority registration for the Spring 2023 semester will begin on Oct. 24, with classes beginning Jan. 9 for regular and Mini Term I. A second mini term will start on March 8. Online Flex Start courses will begin the weeks of Jan. 16 and Jan. 23. Visit www.wallacestatate.edu for more information or call 256.352.8000. 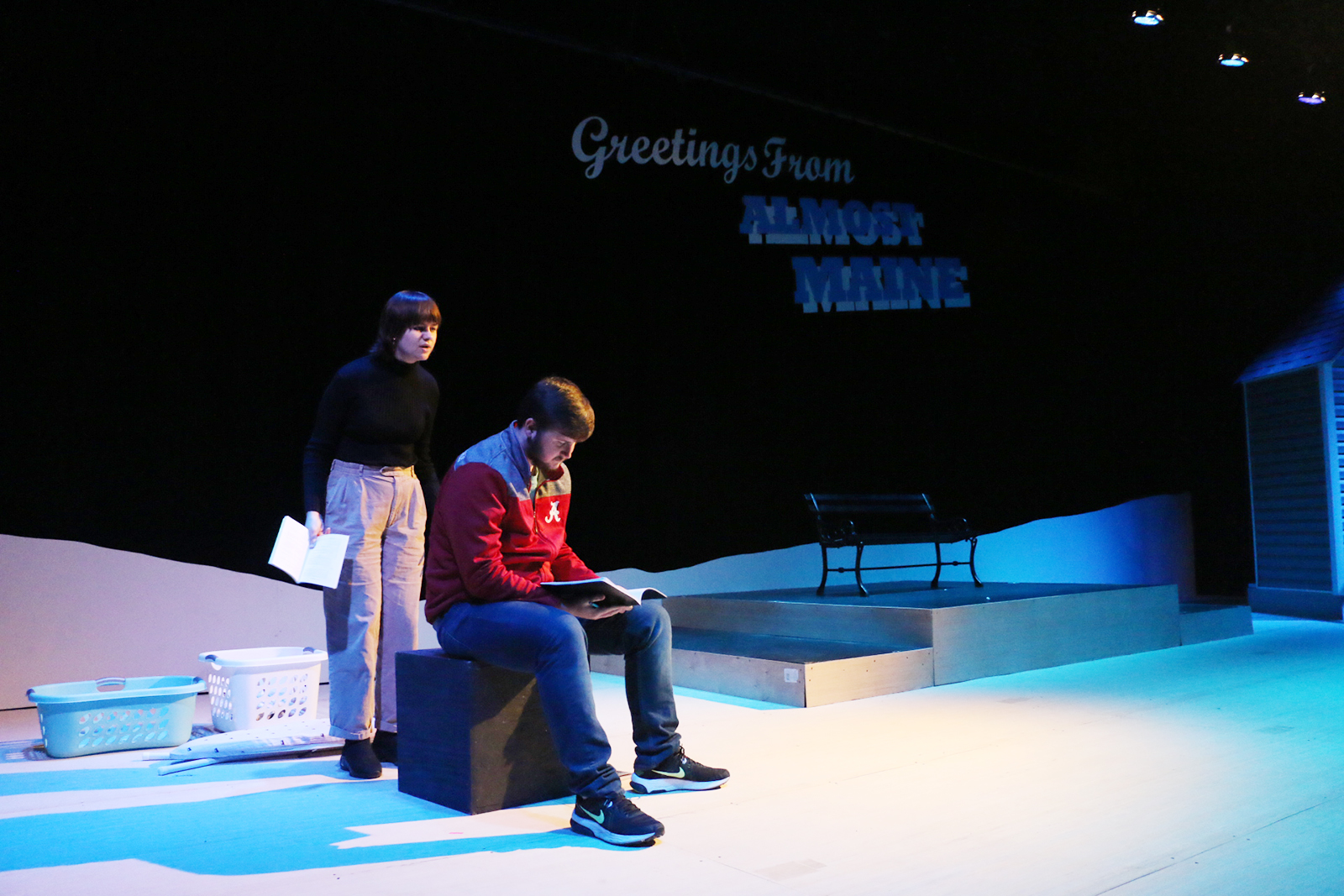 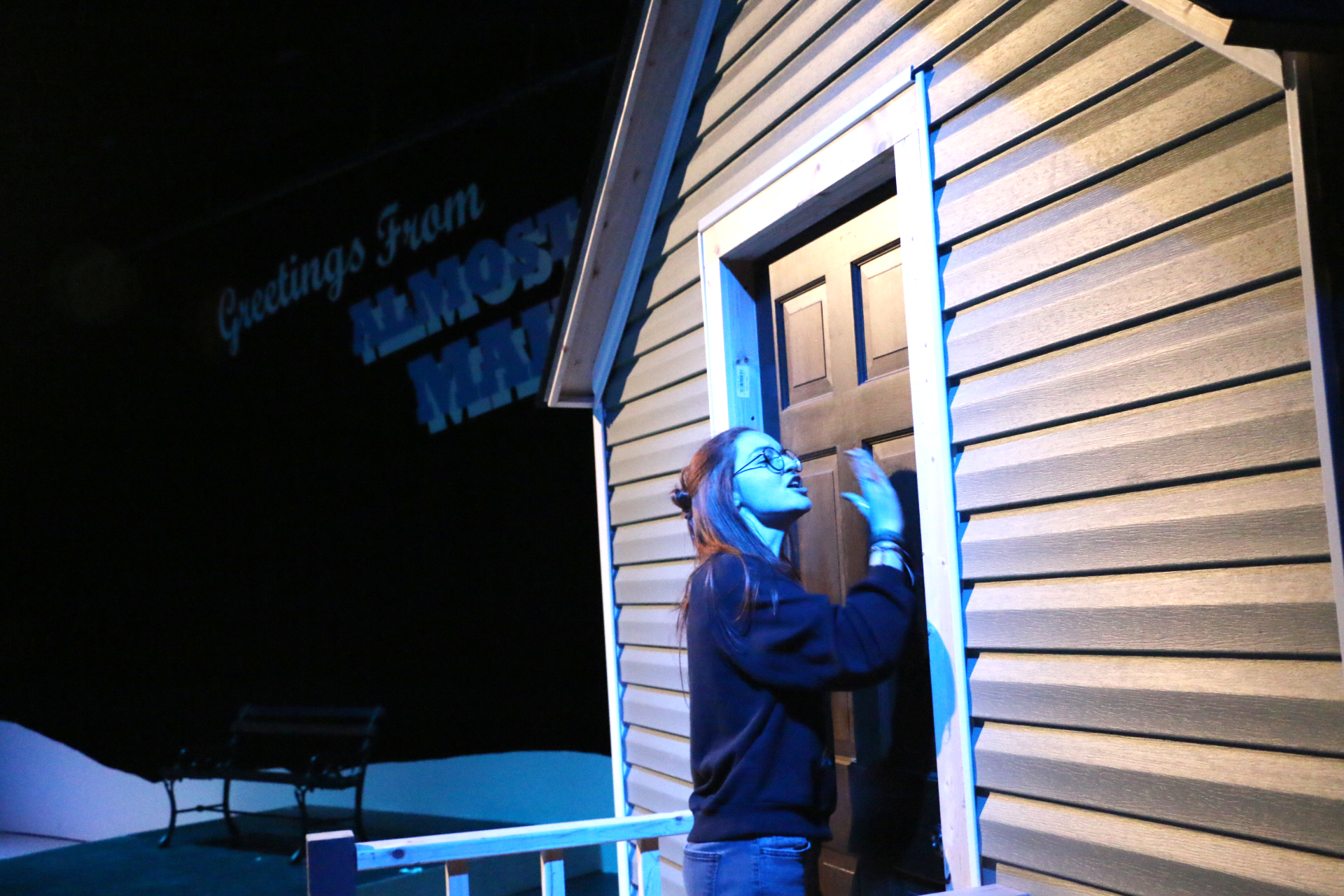 Tori Dahlgren acts out a scene from “Almost, Maine!” The Wallace State Theatre program will present the play Nov. 4-6 in Betty Leeth Haynes Theatre inside the Gudger Student Center.