Switching ON: Wallace State International Student Looks Toward the Light 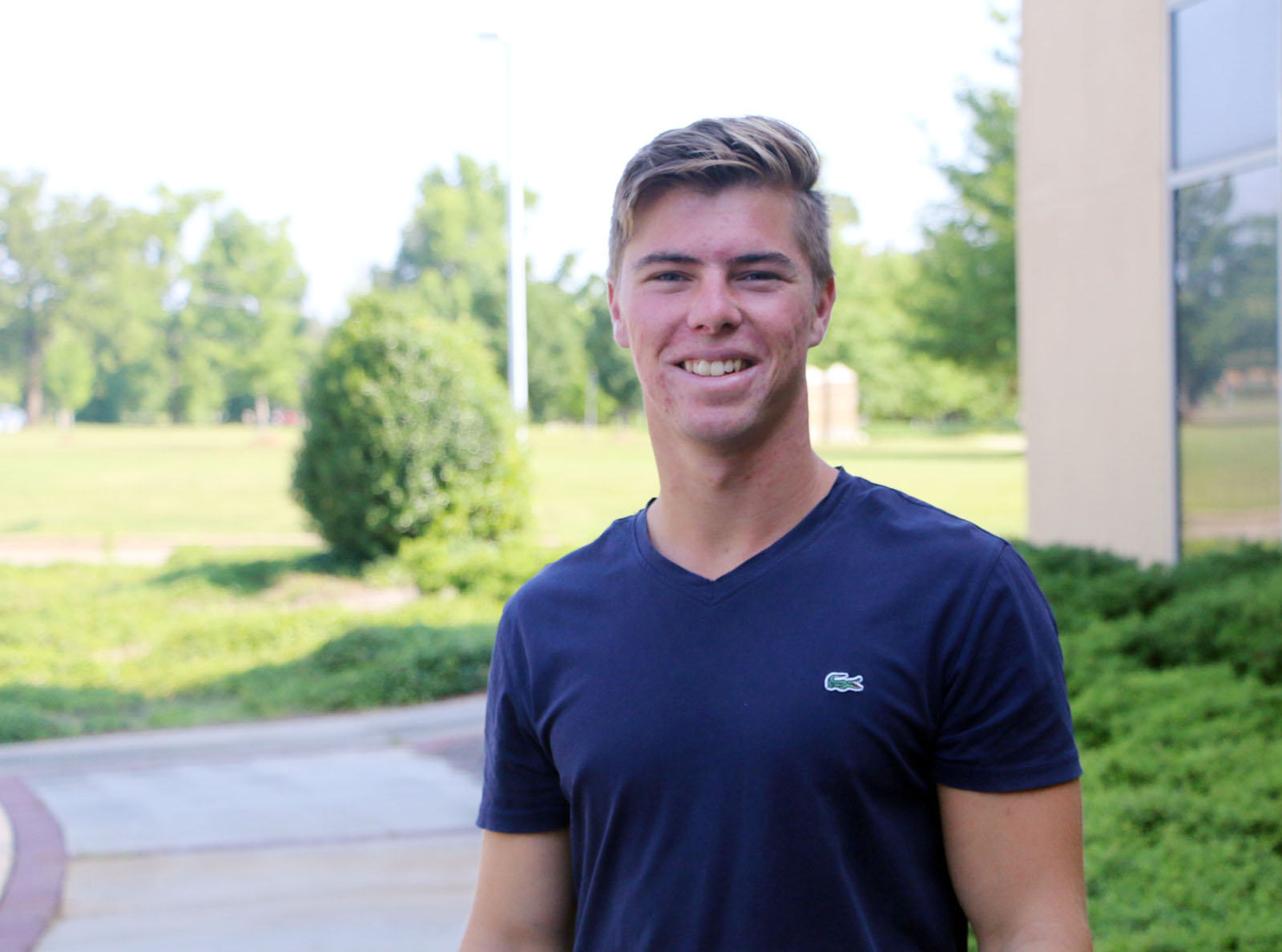 The future is bright for Wallace State Community College student Muntingh Hamman. And not just because he’s headed into the lighting industry.

The native South African is pursuing his business management degree from Wallace State while playing on the Lions’ men’s tennis team. Meanwhile, Hamman is laser-focused on helping further develop his father’s LED lighting company in the United States, and he’s hoping his time in Hanceville will illuminate the path.

“It’s one of the better decisions I’ve made,” reflects the business-minded student, who took almost immediately to the unique energy of Lion life.

The steadfast student says his ultimate career goal is to successfully implement his father’s business here in America. And so far, he is moving the needle.

“We’ve registered in the U.S.,” explains the scion of shine. “We’re also involved in West Point, and a few more things there.”

Hamman’s life changed in 2021, when he relocated to the U.S. to embark on his educational journey and help foster budding business opportunities. Prior to his time in the Pride, the opportunistic learner began his college career at a small Texas college where he had been awarded a tennis scholarship.

“I really didn’t like it,” Hamman admits about the quiet Texas college. “I didn’t get along with the people, it was a really small school.

“Then, I got in contact with my friend … and he told me a little about Wallace State.”

That was a game-changer for Hamman, who says that when it came to illuminating his path, the Texas school couldn’t hold a candle to what was offered at Wallace State.

“It’s a great facility,” says the student in reference to the Hanceville campus. “It’s big, but at the same time, you can walk everywhere … Especially for international students. If you don’t have a car, you can still get around, which is really nice!”

Most of all, Hamman says his instructors and tennis coach have moved mountains to create a reliable support system for international student like himself. “The teachers are so nice, and helpful towards their students.

“They go through a lot of trouble for their students … they’re just amazing.”

Not only does Hamman utilize the campus to his full potential as a college student, but also as a businessman. The entrepreneurial-minded student is always on the lookout for potential collaborations between Wallace State Community College and LED Capital International.

“I’m talking to a few people to maybe try and change out the lights in the Wellness Center,” explains Hamman. “Maybe in the basketball and volleyball courts over there. That’s what we specialize in … LED lighting for stadiums.”

Wallace State’s Wellness Center features basketball, volleyball and racquetball courts, along with classrooms, weight rooms, assessment rooms, locker rooms, and more. The opportunity to light the facility could bring new business for Hamman, as the Wellness Center services both the campus population and the surrounding community.

In the meantime, Hamman’s future in the LED lighting industry is shining brighter than ever. According to Statista, it is projected by 2030 that 87 percent of all light sources will be LED lights. The global LED market is predicted to grow to about $100 billion in the same year.

For now, though, Hamman isn’t just focused on the business opportunities to come — he’s also prioritizing his studies. Meanwhile, he plays on the tennis team, participates in campus events, and goes about his life as a full-time Wallace State Lion.

As part of its mission to serve international students, Wallace State is providing the opportunity to help prospects like Hamman build a foundation for a well-rounded career. The South African native says he has absolutely no regrets about honing his skills in a new hemisphere.

“I would say my time [at Wallace State] was highly beneficial,” Hamman says about his Wallace State choice. “I would definitely recommend.”