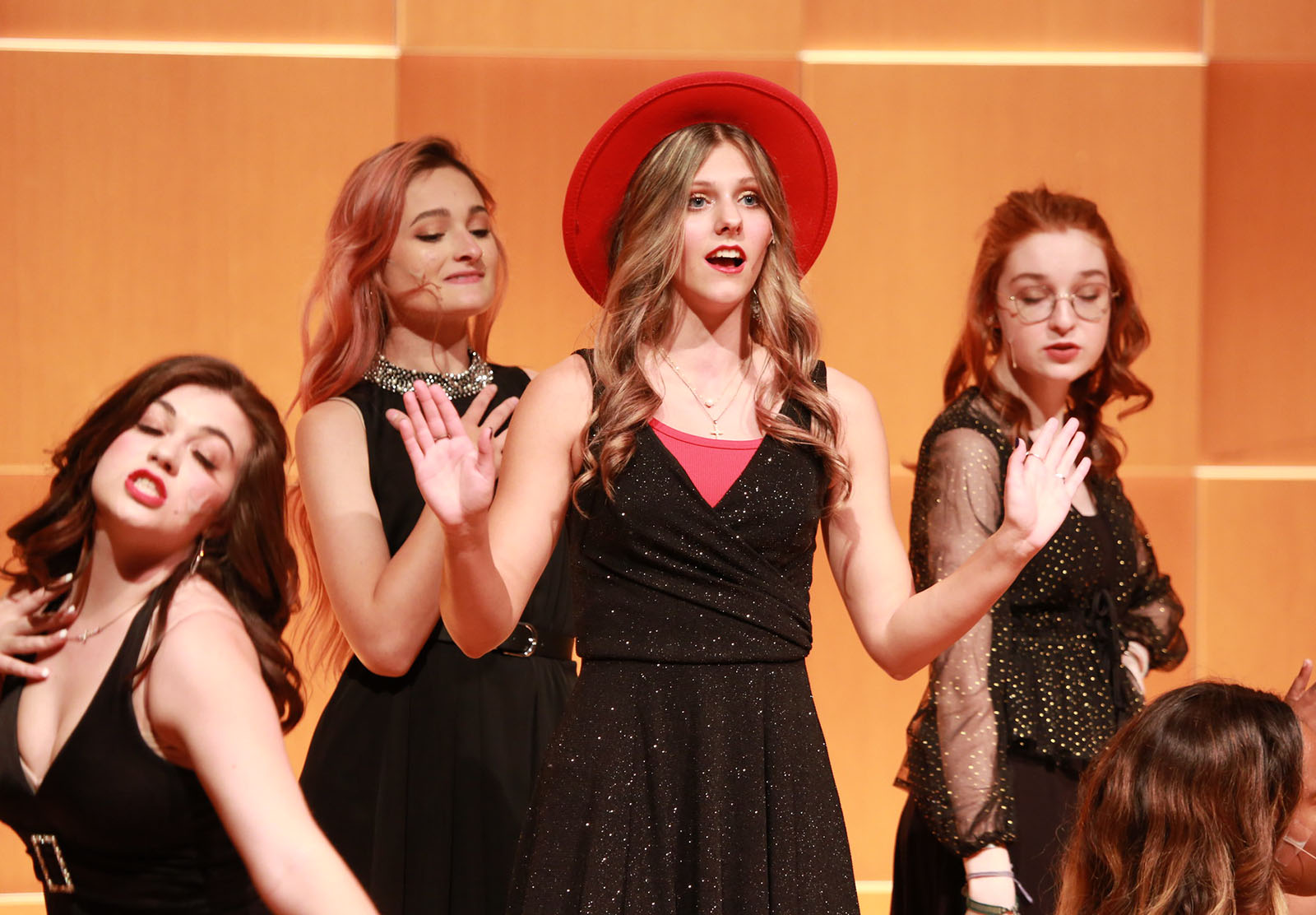 (FILE) Members of the Wallace State Singers perform during the 2021 Broadway Night production.

HANCEVILLE, Ala. — As the Wallace State Singers at Wallace State Community College prepare for their last performance of the Spring 2022 semester on May 12, they will be holding auditions for any current or incoming student who may want to join the ensemble.

Auditions will be held on Saturday, May 7 from 9 a.m. to 12 p.m. at the Burrow Center for the Fine and Performing Arts. The Wallace State Singers is a performance-based ensemble that appears on campus, in the community, and periodically, throughout the state of Alabama. They have also traveled out of state and internationally. This is a music revue/jazz ensemble that explores various forms of popular music and often incorporates dance into their performances.

Students should prepare a piece of music to perform for a vocal audition and bring a change of clothing to participate in the dance audition, where candidates will learn some choreography as part of the process.

On May 12, the ensemble will perform in Cabaret Night, a Broadway-style revue in which the students have planned and choreographed most of the production.

“The students really look forward to this event each year,” said WSCC Singers director Tiffany Richter. “They get to use their imagination and the lessons they’ve learned to create their own program. We as instructors love it as well, but it’s bittersweet as several of our students will be graduating and moving on.”

Cabaret Night will be held at 7 p.m. in the Burrow Center for the Fine and Performing Arts. Admission is a $10 donation.